The founders of Charles River Zen are long time students of Kyōzan Jōshū Sasaki (杏山承周佐々木), a Japanese Zen master who came to the United States in 1962 upon the request of a group of American Zen students in Los Angeles. Jōshū Rōshi received his training in the Myōshinji lineage of Rinzai Zen under Jōten Sōko Miura. Rōshi is the founder of  the organization’s root temple in Los Angeles, named Rinzai-ji.  Students in the Rinzai-ji tradition began building a network of centers and temples that offer instruction and follow the teachings of Tathagata Zen.

Born in 1907 in Miyagi prefecture, the youngest son of the Sasaki family entered Zuigan-ji near Sendai at the age of fourteen. Ordained to be a monk the boy received the Dharma name Jōshū (承周). The young monk began his training at Zuiryō-ji near Sapporo, on the most northern of the Japanese islands, Hokkaido, where he trained under Jōten Sōkō Miura 承天宗杲三浦 (1871—1958). At age 21 Jōshū was made an Oshō and received the name Kyōzan (杏山), Apricot Mountain. Jōten Rōshi was later appointed head-abbot of Myōshinji and Jōshū followed along.  In 1948 he became his teacher’s personal successor and received the sanzen room name Denkyō-shitsu (傳響室).  After that Sasaki Rōshi held positions at various temples including the dilapidated temple of Hakuin’s teacher, Dokyo Etan, which he rebuilt. It is noteworthy that Jōshū Rōshi’s grandfather teacher was Banryō (also Banryu) Zenso Matsubara 盤龍禅礎松原 (1848—1935), who like his teacher Dokuon Jōshu Ogino 独園承珠荻野(1819—1895) made great contributions to keep Rinzai Zen alive during the Meiji area and the persecution of Buddhism.

In 1962 Jōshū Rōshi was sent to the United States at the request of a few practitioners in Los Angeles. A ceremony for send-off was held, and on July 21, 1962 Sasaki Rōshi arrived in the United States at LAX International Airport. Since then an organization of training centers, temples, and practice groups have formed which is known by the mother temple name Rinzai-ji. Many monks and nuns were ordained and trained, and a number of about 20 disciples underwent Suiji-shiki (垂示式) or Temple Dharma Transmission and became Zen teachers in their own right.

In October 2013, at the age of 106, Sasaki Rōshi retired officially from teaching. The senior disciples of Rinzai-ji, the Oshōs, continue their teaching activities and keep the teachings of Tathagata Zen alive.

On July 27, 2014 Jōshū Rōshi entered the great transformation. He had been in the United States for 52 years and a week, tirelessly dedicating himself to the transmission of dharma. 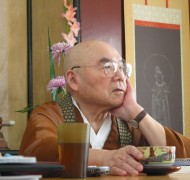 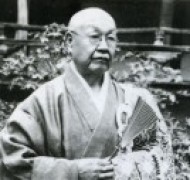 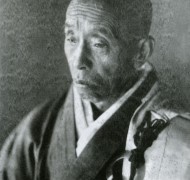 Sherry Chayat was born in Brooklyn, New York in 1943 and grew up in New Mexico and New Jersey.

She read her first book on Zen Buddhism while in the eighth grade, and decided she would one day study it abroad. During the 1960s, while attending college at Vassar College, she began an informal study of Buddhism by reading works by D.T. Suzuki, Alan Watts, and many others. She studied art at the New York Studio School for Drawing and Painting.

In 1967 she joined the Zen Studies Society in New York City, training under Eido Tai Shimano, Haku-un Yasutani and Soen Nakagawa and received the Dharma name Roko (meaning sparkling dew). She moved to Syracuse and left Zen Studies Society in middle seventies, joining a small sitting group that had been founded in 1972 by some Syracuse University graduate students and later became the group’s leader.

In 1984 Roko invited Maurine Stuart Roshi to lead the first sesshin and in 1985 Maurine ordained her as a Zen priest. After Maurine’s death in 1990 Roko resumed her studies at Dai Bosatsu Zendo Kongo-ji. She was reordained by Eido Shimano Roshi in 1991. In 1992 she was given teaching permission and then received Dharma transmission in 1998 from Eido Shimano. Roko was the first American woman to receive transmission in the Japanese Rinzai school of Buddhism. On October 12, 2008, after a 10-year process of advanced training culminating in a ceremony called shitsugo (literally “room-name”), she received the title of roshi and the name Shinge (心華 “Heart/Mind Flowering”) from Eido Roshi. It was the first time that this ceremony was held in the United States. Sherry Chayat was installed as the second Abbot of Dai Bosatsu Zendo Kongo-ji on New Year’s Day 2011. 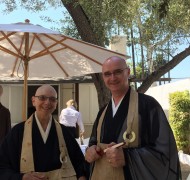